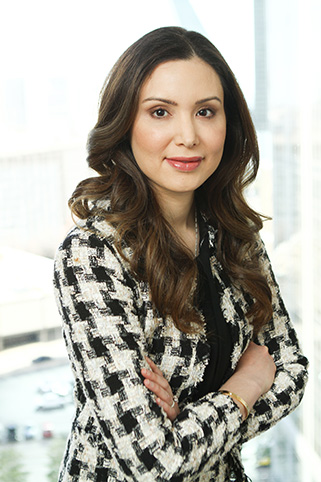 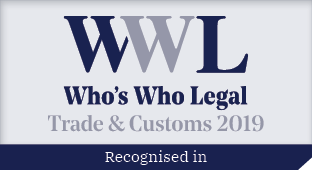 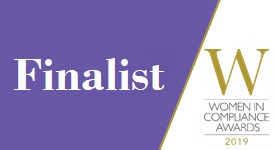 In the area of customs, Ms. Torres advises clients on import compliance matters, including customs rulings, classification, country of origin, special duty programs such as NAFTA, focused assessments, C-TPAT, and seizures of goods by U.S. Customs and Border Protection. She also assists with antidumping/countervailing duty matters before the Import Administration of the U.S. Department of Commerce.

Ms. Torres also has experience representing companies in transactions subject to review by the Committee on Foreign Investment in the United States (CFIUS), and advises on measures to mitigate Foreign Ownership, Control, or Influence (FOCI).

Regarding anti-corruption matters, Ms. Torres counsels clients on compliance with the Foreign Corrupt Practices Act (FCPA) and other anti-bribery laws. She has developed compliance programs and provided training for her clients. She also has experience conducting sensitive internal investigations, in English and Spanish, related to FCPA compliance.

Ms. Torres is a frequent speaker and moderator. She has lectured on export controls and international trade for organizations, universities and government agencies in different countries, including the United Kingdom, the Netherlands, Mexico, Thailand, France, and Canada. She authored several chapters in selected trade publications including the WorldECR's Export Compliance Manager's Handbook and the Society of International Affairs Export Voluntary Disclosure Handbook.

She was previously an attorney in the International & Cross Border Transactions group at Holland & Knight LLP in Washington, D.C.

Ms. Torres is licensed to practice law in Washington, D.C., the State of Texas, Pennsylvania, and the U.S. Court of International Trade.

As a recognized leader in trade law, Ms. Torres was recently reappointed by the U.S. Assistant Secretary of State for Political-Military Affairs to the Defense Trade Advisory Group (DTAG). In this capacity, she advises the U.S. Department of State on its regulation of defense trade in accordance with the Arms Export Control Act and its implementing regulations under the ITAR.

Ms. Torres is an Executive Member of the Latino Corporate Directors Association.

In 2019, Ms. Torres was a finalist in the category Compliance Lawyer of the Year for the Women in Compliance Awards. In 2017 and 2018 Chambers and Partners USA listed Ms. Torres as a Recognized Practitioner in the areas of International Trade: Export Controls & Economic Sanctions law.  Ms. Torres was also named to the Who's Who Legal: Trade and Customs 2017, 2018, 2019, and 2020 publications.

Capital Pro Bono Honor Roll, she was recognized by the District of Columbia Court of Appeals for her legal pro bono services, Washington, D.C. (2012 and 2013).

University of Texas at Austin, College Scholar and University Honors.

Torres, O. and Sefton, D., BIS Is Stepping Up Enforcement – Are You Ready? Law360 April 10, 2014. Torres, O. and McCauley, A. (2014) The Intersection of Anti-Corruption and Export Enforcement: Why Compliance Programs Should Include Both, WorldECR, March 2014.

What Keeps You Up at Night? Mitigating Trade Compliance and Corruption Risks, Texas Lawyer Events, (March 27, April 10, October 16, and November 6, 2014).

U.S. Export Controls and FCPA, Exporting with the Experts at the University of Texas at Dallas and Richland College, a five week educational program focused on business of exporting products and services abroad (2011-2012).

U.S. Export Controls, Industry-Government Seminar on Strategic Trade Management for the Department of Foreign Trade Ministry of Commerce in Thailand and the U.S. Department of Energy. Bangkok, Thailand (November 16, 2010).